What started off as an exciting project to build the biggest residential building in Downtown San Diego has now turned into a nightmare for the developers.  Vantage Pointe has officially defaulted on their construction loan in the amount of $197.8 million.

But the truth is that it did not take a genius to predict this one.  I mean you have to be kidding me!  A 679 unit project where people pay hundreds of thousands of dollars to be packed into a building like Sardines?  How did that sound like a good idea to anybody?

Oh wait I know; maybe the location is second to none and people would overlook the obvious lack of space and be willing to over pay for Vantage Pointe...EEHHHH!  Sorry wrong again.

This property has one of the poorest locations of any Downtown San Diego residential building. Not quite in East Village, not quite on Cortez Hill, but just sitting there in no man's land on 9th and B.  The area that is underdeveloped in comparison to the majority of high rises we have seen built over the last 8 years or so.

Not to stroke my own ego but I could see this one coming from a mile away.  I was honestly shocked when I saw that they broke ground on this project.  It was clearly a bad idea.

The ugly truth is that Vantage Pointe represents the height of greed that took hold on our nation's real estate markets.

I mean just imagine the development meetings when the idea to build Vantage Pointe was conceived.  It must have gone something like this:

"Let's take this piece of land and build as many residential units as we can possibly get permitted.  We can make them terribly tiny.  After all, buyers in the market are so crazy for real estate that they will pay anything for four walls and a ceiling.  Who cares if they won't have near enough closet space, tiny bedrooms, or hardly enough room to entertain their favorite couple.  People will pay anything!  We are so smart!  Get ready for the best investment of our lives!"

Maybe a little over dramatic but I would not be surprised if the under laying themes are right on.

Now I am not saying that they should have been smart enough to see the economic turn coming.  I mean, the majority of us missed that one.  But it does serve as an incredibly relevant example of what happens when you think you are unstoppable and you don't respect the great economic equalizer: risk.

We will see how this story plays out. For now they have resorted to leasing out their units in an effort to generate some minimal revenue to pay off their mounting debt.

All Around The 56: VibeFlow Yoga 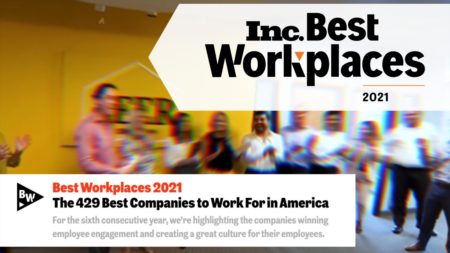 Beer Home Team was just named one of The 429 Best Companies to Work For In America by Inc. Magazine