Why you can't trust Zillow with your real estate needs

Looking to buy or sell a home in San Diego, California? Click here to perform a full home search, or if you're thinking of selling your home, click here for a FREE Home Price Evaluation so you know what buyers will pay for your home in today's market. You may also call us at (858) 386-4478 for a FREE home buying or selling consultation to answer any of your real estate questions.

Today we're going to talk about the limitations of the online home search site Zillow. The following reasons are why you are better off hiring an agent than using a computer for your real estate needs:

NO MELLO ROOS! Estate-sized home site with nearly 50,000 sq. ft. to create your custom home from the ground up. This lot has beautiful panoramic views of the mountains and golf course, and is situated in the highly desirable guard-patrolled Crosby Estates in Rancho Santa Fe behind its own private gate.

Future Hall of Fame running back LaDainian Tomlinson’s home is now on the market listed by Daniel Beer, Executive Director of the Premier Homes Division at Windermere Homes & Estates in San Diego, along with Kofi Natei Nartey from The Agency in Beverly Hills. Representing estate living at its finest and captured by two separate land parcels, this prime San Diego residence sits on more than 13 acres in the exclusive Poway neighborhood of The Heritage Estates and Maderas Golf Club, consistently ranked amongst the most beautiful golf courses in Southern California. The Tomlinson home was built in 2004 and has been lovingly crafted and appointed from the ground up with no expense spared for a 360-degree first class experience.

“Once this home is sold, there will be none other like it,” says Beer. “With its two legal parcels and massive acreage for the area, this is a once-in-a-lifetime opportunity to own the home of a true sports legend, including the famous hill where Tomlinson trained during his dominating days in the NFL.”

Priced at $363.68 per square-foot, Tomlinson’s creation offers more than the average on multiple levels when compared to the $358.34 per square-foot average of other homes at The Heritage. This single-level 9,610 square-foot home where focused family living and entertaining is at the forefront is situated within the top-ranked Poway Unified School District, the home is comprised of five en-suite bedrooms, a master retreat including his and hers bathrooms, a detached guest house, immaculately designed formal and casual rooms, luxury chef’s kitchen, grand trophy...

Giving Back To School Program Details 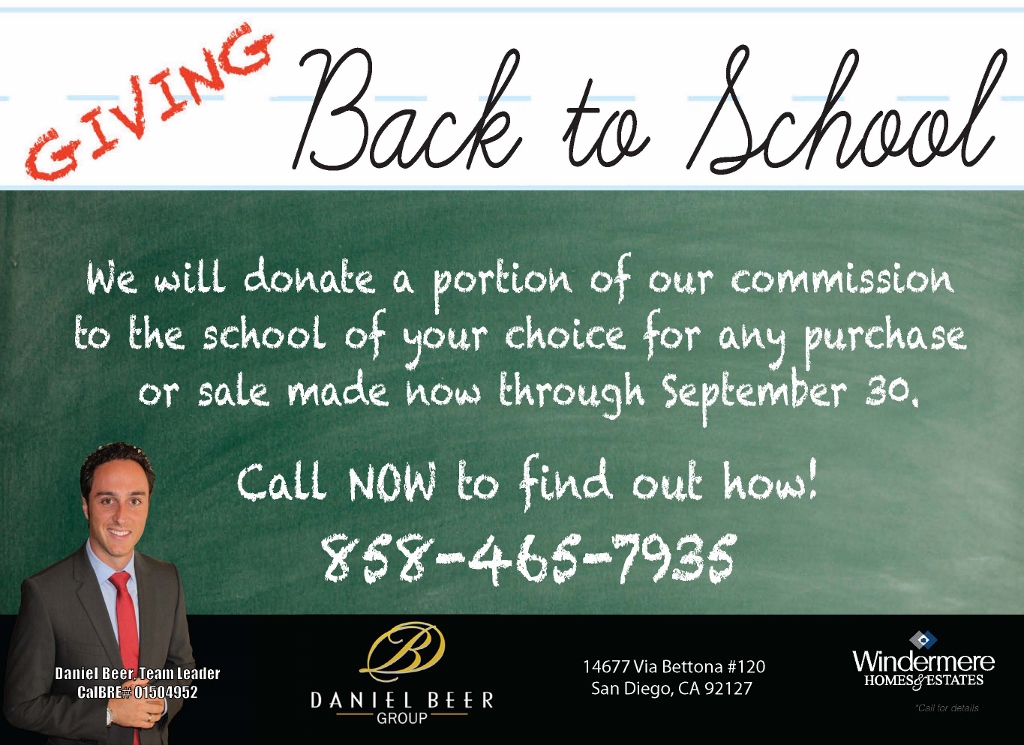 With the summer in full swing and a record year already in the books for the Daniel Beer Group at Windermere Homes & Estates, the #1 top producing team for the brokerage is kick starting a huge initiative to give back to the community.  Summer 2014 marks the first year of what is planned to be an annual Giving Back to School Program.

Anyone who buys or sells a home in the 92127 zip code until September 30th and mentions the program will be able to name a school of their choice and a charitable donation will be made out of the commission proceeds for that transaction.

Daniel Beer, the group’s CEO and Listing Specialist, is keen on making a contribution and positive impact on the community.  “Initially we were going to select a school to make all donations to, but after discussing the program with multiple clients and area residents, it became clear that this is a highly personal choice for each family and we wanted to offer the maximum flexibility for each of our clients,” says Beer.

“We are highly invested in the neighborhoods lining the Camino Del Sur and Camino Del Norte corridor, and we are completely cognizant of the fact that the excellent public school education that is available in the area goes a long way toward maintaining home values and making this one of the most desirable places to live in San Diego County.  We want to do our part to make sure that track record for education continues well into the future.”

A unique twist to the Giving Back to School Program that is being offered by the Daniel Beer Group is that you may also choose to have the donation made toward the tuition of any child attending a four year university in the fall of 2014 in the form of a college scholarship.  Those financial contributions will be made directly into the child’s...

Heritage estate living at its finest on 13+ acres captured by two land parcels. This masterpiece is lovingly crafted and appointed from the ground up with no expenses spared for a truly 360 first class experience, including the highly ranked Maderas Golf Course. All bedroom have en-suite bathrooms, and the master retreat is like none other. Family living and entertaining with a top-end chef's kitchen, theater room with all the bells and whistles, custom built-in salt water aquarium, and much more. This exclusive lifestyle extends outdoors to an oasis complete with pool with its own walk-up bar and waterfall, spa and cabana pavilion, basketball court, as well as a golf putting green with its own sandtrap. A detached guest casita allows for a further extension of this one-of-a-kind home. 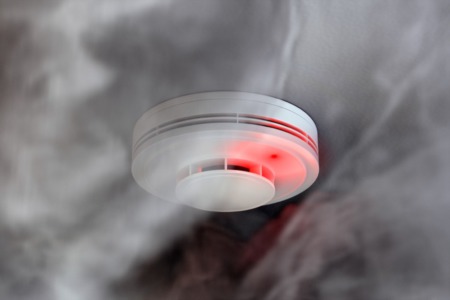